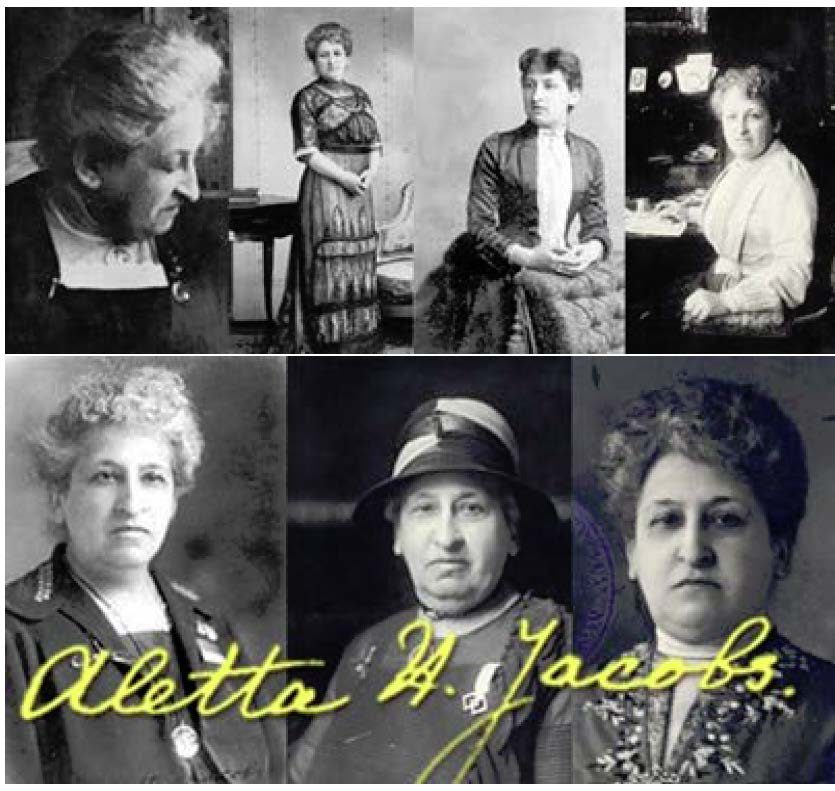 A ferocious trailblazer and rabble-rouser Jacobs was born in Sappemeer, Netherlands in1854. Her life was a series of “firsts.” She was the first woman to be admitted to the University of Groningen, the first to graduate from medical school, and the first woman in the country to become a medical doctor. What impresses me about Jacobs is the bravery and intensity that she brought to each of her passions: women’s health, suffrage and world peace. In each of these three areas was brave, radical and relentless. Without doubt she was a Woman Warrior of the Highest Distinction. 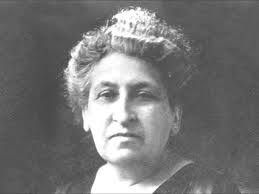 Early in her education Jacobs displayed her enduring concern for women’s health and reproductive justice, issues typically ignored by most male doctors in her time. Upon her graduation she began her private practice and from the start it was clear that she would defy the expectations of her male colleagues. Many visited her in the early days and offered their suggestions; one being lower charges in order to signal that she was not pretending to to be the equal of her male colleagues. In her memoirs she tells the story of healing the wife of a prominent Dutch businessman. He strongly reproach her for not lowering fees. “Whatever possessed you to do such a thing!” To this she replied, “Did you ever dream of asking a cheaper, less reputable doctor to treat your wife? I suspected that your sole concern was the best possible treatment and that that was why you decided to consult the only woman doctor in Holland.”

Soon after she began practicing she opened a free clinic for women unable to gain access to medical treatment. It was through this work that she saw how women suffered at the face of the society in which they lived.

It was common, for example. for women to have multiple pregnancies, resulting in multiple health problems. These included miscarriage,    gestational diabetes and anemia. In response,Jacobs opened what is often cited as the first birth control clinic. Working with a colleague in England she learned of the pessary, known later was diaphragm. She distributed these devices to a growing number of women in Holland and was vilified for this work. Of course she carried on undaunted.

Jacobs saw other forms of suffering. Sales women in Amsterdam, for instance, were required to stand all day without breaks. She waged a campaign for stores to provide benches and seats behind counters, for more frequent breaks. But the most controversial of all was her public outcry on behalf of prostitutes’ health.   She recalled seeing a prostitute in her university shunned and maltreated. “This woman made me confront the tragedy of prostitution and I have always felt intense sympathy fir its victims the world over, particularly in terms of the humiliating way in which governments control these women’s bodies. Aletta campaigned to abolish prostitution as a legal institution, and although this was never accomplished, her work has been cited as a factor in the significant decline in the incidence of sexual diseases in Holland the early 20th century.

Jacobs’ fight for female suffrage stemmed from her own personal experience. Rejected by her application to vote in 1882, she began a succession of appeals, culminating at the Netherlands Supreme Court. Again her plea was denied, the reasoning being that women lacked full citizenship or civil rights in the country. Her public outrage was recounted widely in the press. Members of Parliament were so threatened by newspaper coverage of her outrage that they actually amended the constitution to state that only men were enfranchised to vote.

This personal quest for her right to vote was just the start of her leadership in the suffrage movement. She quickly become known throughout Europe and the U.S. and was introduced to other proponents including Carie Chapman Carr, president of the newly formed International Women Suffrage Alliance. With Catt she traveled traveled to South Africa, China, Japan and Jerusalem, (among other countries) to speak with women about suffrage and women’s rights.

The outbreak of World War I began yet another of her crusades as she knew that women were more likely to propose meaningful proposals for peace than men. Her tireless work and personal invitations led to the convening of The Women’s Peace Conference, also known as the Women’s International League for Peace and Freedom (WILPF) The meeting was held in the Hague and was attended by 1200 women from 12 countries on both sides of the war, including Britain, Germany, Austria-Hungary, Italy, Poland, Belgium and the United States. At her request, Susan B. Anthony chaired the proceedings. The success of the
conference was foundational; the WILPF exists today and continues to advocate for women’s rights worldwide. 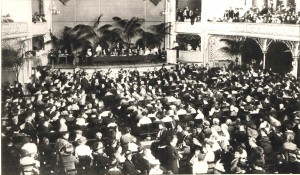 Aged 74 at her death, at the age 74 Jacobs was known throughout the world for her unyielding and ferocious demands for women’s health, suffrage and peace. She left countless irate male misogynists in her wake.   A true WOMAN WARRIOR, we are indebted and profoundly grateful to Jacobs for impassioned and relentless work. 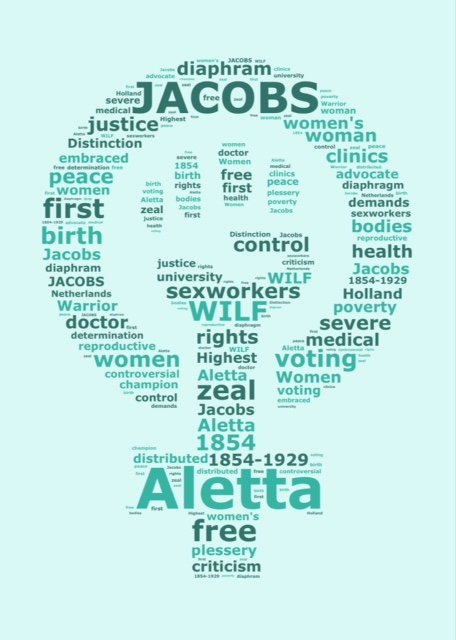