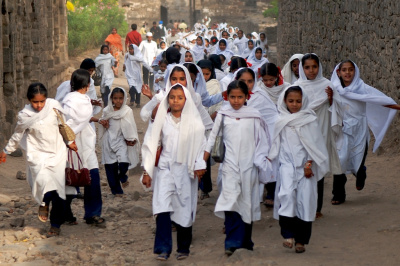 OK, let’s get some fucking perspective. OMG OMG impeachment, impeachment, obstruction of justice, blah, blah, blah. The Illegitimate PeeeeOTUS doesn’t matter anymore. His White-Nationalist-Fascistic-Christian-Supremacist-Quislings have been installed in power along with the Global Capitalism Elites. The consequences of the election were never about the Illegitimate PeeeOTUS personally. We are in the Era of Post-Industrial Global Capitalism where Fascism reigns in America because institutionalized White Supremacy and Misogyny were never challenged, much less dismantled, but, instead rewarded. Uh-huh, two men laughing about grabbing women by the pussy, one is fired, one is selected to the Presidency.

While the travails of the Illegitimate PeeeeOTUS yield some grim satisfaction, that the most qualified person ever to run for US President could be defeated by this wretched piece of shit reminds us how deeply Misogyny is embedded in our collective DNA. My April 28 22nd dispatch called out leading Democrats for ignoring the decisive impact of White Supremacy and Misogyny on the 2016 elections. These same leading Democrats continue to insist that women’s bodies and reproductive justice rights are for sale so the portion of the electorate embracing White Supremacy and Misogyny might be persuaded to vote Democratic.

Yeah, I have been waiting to use this, my favorite signage from the Women’s March on Washington. Oh for Fuck’s Sake! Somehow deeply satisfying.

So here is the REAL future for the Democratic party and for the country: www.nytimes.com/2017/05/15/us/politics/black-democrats-governor-races-2018.html

In states from Massachusetts to Florida, a phalanx of young black leaders in the Democratic Party is striding into some of the biggest elections of 2018, staking early claims on governorships and channeling the outcry of rank-and-file Democrats who favor all-out battle with Mr. Trump and increasingly question his legitimacy as president.

By moving swiftly into the most contentious midterm races, these candidates aim to cement their party in forceful opposition to Mr. Trump and to align it unswervingly with minority communities and young people. Rather than muting their differences with the Republican Party in order to compete in states Mr. Trump won, like Georgia and Florida, they aim to make those distinctions starker.

And, these Democrats say, they are willing to defy the conventional strategic thinking of the national party establishment, which has tended to recruit moderate, white candidates for difficult races and largely failed to help blacks advance to high office under President Obama.

Stacey Abrams, the Democratic leader in the Georgia House of Representatives and a likely candidate for governor, said Democrats would win by confronting a president who was viewed with fear and hostility by the party’s base.

Rather than pivoting to the center, Ms. Abrams, 43, said Democrats should redouble their focus on registering and energizing blacks, Hispanics and Asian-Americans, as well as young and low-income voters, who often decline to participate in politics.“There is a hunger for representation,” Ms. Abrams said in an interview. “There is a desire to make certain the state starts to serve everyone.”

At a “Macon Resists” town hall event in central Georgia last month, Ms. Abrams appealed to an auditorium of anxious Democrats with just that approach. The state, she said, is speeding toward a political crossroads, with Republicans “terrified of the evolving nature of our state.”

“We can either move forward or we can let the president, and those fascists that surround him, pull us backwards,” she said. “I plan to go forward.”

https://mic.com/articles/177151/stacey-abrams-democrat-weary-of-trump-fascists-could-be-georgia-s-next-governor#.Izfnk43yP  This is how we must work at the state and local levels to raise up women of color leaders.

Black women speaking truth to power, as they have always done.

We CANNOT stop shouting and out-raging about the War on Women. Without the power, strength, compassion and leadership of women, our country will never rise above fascism, white supremacy and misogyny. The War on Women is so omnipresent that we hardly notice the debilitating consequences.

Kentucky, which had 17 abortion providers in 1978, is today among seven states — the others are North Dakota, South Dakota, Missouri, Mississippi, Wyoming and West Virginia — with just one. Republicans, riding Donald J. Trump’s coattails, took control of the Kentucky House in November for the first time in 95 years. Their first order of business in January was to pass two measures restricting abortion — one banning the procedure after 20 weeks into a pregnancy, and the other requiring doctors to narrate ultrasounds in detail, regardless of patients’ wishes. Kentucky is on the verge of becoming the first state with no abortion provider.

The declining US abortion rate is largely due to a decrease in unintended pregnancies; researchers agree that this decrease can be attributed to improved access to reproductive health care services and especially contraception.  Incredibly, in addition to outlawing choice, conservatives/Misogynists are bent on outlawing insurance coverage for contraception.  www.guttmacher.org/gpr/2017/01/us-abortion-rate-reaches-record-low-amidst-looming-onslaught-against-reproductive-health

REALLY?! HOW did we get to this place? Women betrayed by Democrats is not too harsh.

E.g., After the individual mandate, the single most controversial Affordable Care Act issue was insurance coverage for contraception; this is how Democrats betrayed women during negotiations to enact ACA – giving legitimacy to Misogyny dictated by religious beliefs.  http://healthaffairs.org/blog/2017/05/05/executive-order-addresses-religious-objections-to-contraception/

And yes of course this betrayal provides sustenance for Republican War on Women.

I have become so tired of the mainstream media’s self-serving obsession with attacks on the free press.  In US, the hallowed importance of the mainstream free press is limited to subscribers of Washington Post and the New York Times; we have enough wealth and privilege to exclaim about the niceties of following the rules and the importance of norms. Here is a particularly nauseating article aimed at normalizing the White-Supremacist-Misogynist-Pussy-Grabbing-Self-Aggrandizing-Demagogic-Bully-Illegitimate PeeeOTUS. www.nytimes.com/2017/05/20/us/politics/trump-discovers-the-dangers-of-governing-at-daredevil-speed.html

Tell me, what difference has our vaunted free press made to the urban-dwelling blacks experiencing US-style genocide/apartheid. Or to the millions of women sentenced to poverty caring for children that she didn’t want and couldn’t afford.  Or to the Indians, slowly being euthanized on reservations (so much better when the oppressed take care of themselves).   Or to the millions of poor people struggling every day for a few moments of peace and security in the richest country in the world.

The most notable fact that our culture imprints on women is a sense of our limits. The most important thing a woman can do for another is to illuminate her actual possibilities.

If you are trying to transform a brutalized society into one where people can live in dignity and hope, you begin with the empowering of the most powerless. You build from the ground up.

If you haven’t gone to The Movement for Black Lives Platform yet, WHAT ARE YOU WAITING FOR?!?! https://policy.m4bl.org/platform/