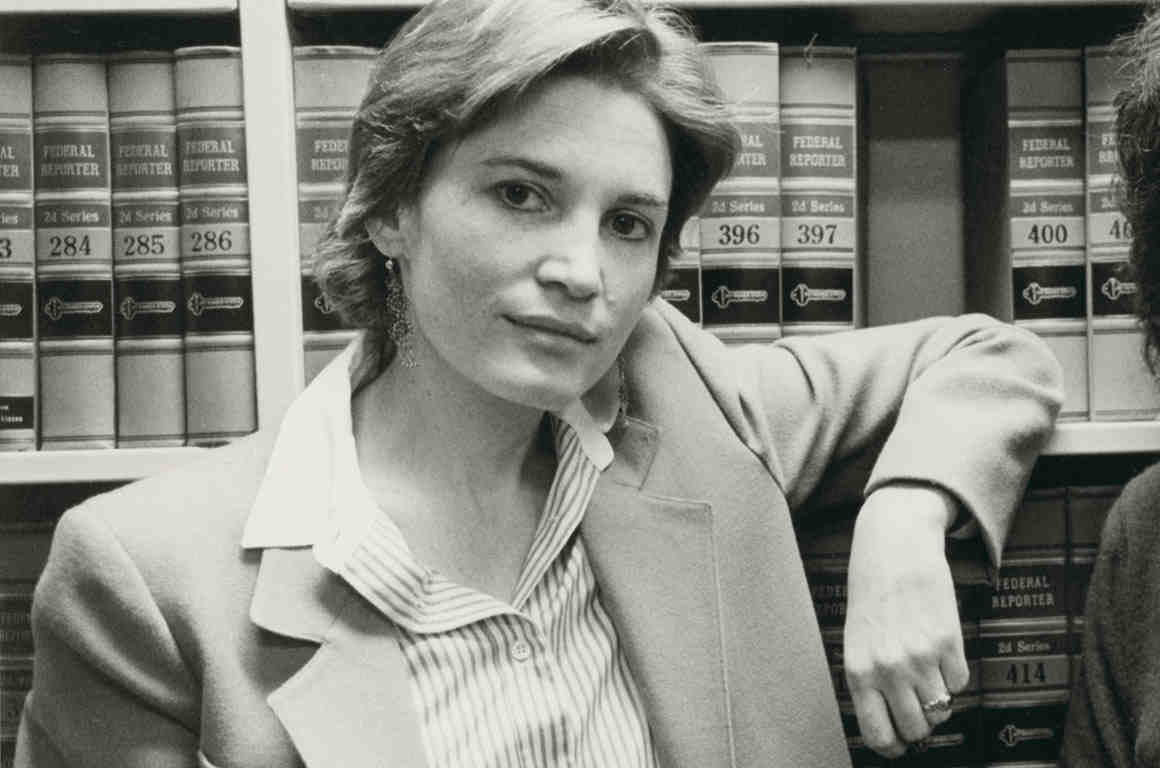 On December 19, 2017 Janet Benshoof, who for 40 years fought for the reproductive rights of women, died of uterine cancer.  She was 70.  Her death followed the cancer diagnosis made only a month before.  The New York Times described her as a “dogged defender of women’s rights.”  The following discussion with Ms. Benshoof is envisaged based on sources where she spoke about her life and work.

You have championed many causes but you are best known for your life-long advocacy for women’s rights.  Could you describe the arc of your career?

I began my work at South Brooklyn Legal Services, bringing class action law suits on behalf of low income residents. It was there that I first saw the debasement of poor women and understood that they bore the brunt of poverty, notably manifested in their health and the health of their children.

You have never been afraid of being on the front lines of controversial battles.  Have you ever been arrested?

Yes.  In 1990 I traveled to Guam to protest the enactment of a especially heinous anti-abortion law.  At a press conference I said, “Women who are pregnant and seeking an abortion should leave the island.”  I was subsequently arrested for “soliciting” women to have abortions.  After the charges were dismissed the Governor continued to demonstrate his vacuous paternalism when he said that I “had not been nice.”  I wish that was the worst criticism I’ve received.

You worked for 15 years at the ACLU as part of its Reproductive Freedom Project, joining that effort four years after the Roe v. Wade decision. Can you tell us why the Project was so important to you?

After the watershed victories leading up to and including Roe v. Wade, we confronted an anti-choice backlash that persists to this day.  Every year has been marked by a methodical, systematic effort to dismantle the decision and to take away the reproductive rights of women.  Despite a continuous and strong fight over this entire time, women’s rights to control their bodies have steadily diminished.  The Trump administration is now mobilizing a comprehensive frontal attack with aggressive efforts to defund Planned Parenthood, and the ongoing efforts to dismantle Affordable Care Act requirements for private health insurance plans such as coverage for contraception. These and so many assaults will of course limit access to reproductive healthcare services, especially for poor women.

In 2005 you took your fight for women’s reproductive rights to a global stage. What motivated you to found the Global Justice Center?

Having worked for most of my career fighting in the U.S. for women’s rights, I saw the urgency of moving that fight to a global stage. The Center’s intent is to fundamentally transform the landscape of reproductive health and women’s rights worldwide.  We have already strengthened laws and policies in more than 50 countries, with a focus on the atrocities women face.  Just last month we called for the European Commission to ensure that abortions be included in the medical care offered to women and girls, especially in areas where rape is used as a weapon of war.

I’ve heard you described as “a brilliant legal mind,” “having a “sharp sense of humor,” and “acting with great courage in the face of injustice.” How would you respond?  I’m flattered but I haven’t really focused on compliments.  It would have distracted me.  It’s not about me after all; it is about the intentional degradation and marginalization of women.

What work has given you the greatest sense accomplishment and pride?

First, our fight with the Food and Drug Administration’s approval in 1996 for the use of the morning-after pill as an emergency contraceptive to prevent unwanted pregnancies.

Second, the cases I successfully argued before the Supreme Court.   And finally, to have had my dear friend Ruth (Bader Ginsburg) officiate my wedding to Arthur.

Thank you Janet for your leadership and fire.